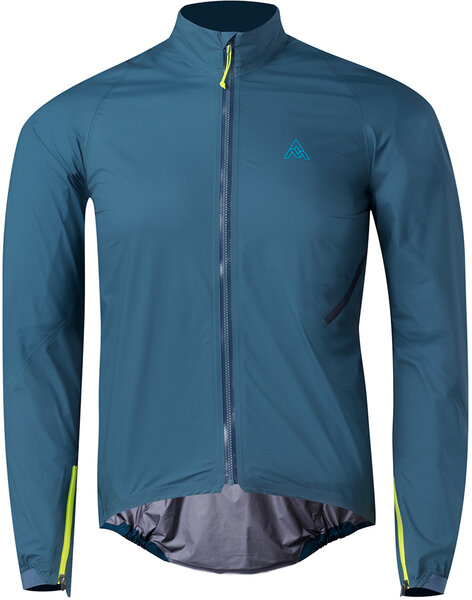 There's this kid who rides his bike up and down the Sea to Sky highway between Vancouver and our home of Squamish, pretty much every day in the off-season. Rain or shine, every year come fall, we'll catch him in our headlights furiously turning over an impossible gear, head hunkered down, gaze levelled at the inky blackness, rocking gently in the wake of the speeding traffic. After we first started sighting him, we put in some calls (Squamish is the sort of place where everybody knows everybody) to see what the local bike community knew about this nighthawk. Turns out, he's a local rider with a promising pro-level engine, working the cranks at all hours in a desperate bid to cram in the miles before and after he gets on with cramming for his exams. So we made the Rebellion Jacket in his honor - and gave him one. We still see him out there, but now his Mom is a little less worried about his nocturnal, all-weather training sessions, while he rides out the night in comfort and eye-catching visibility.

If you're also thinking about clocking the miles this off-season, then the Rebellion might be your jacket. Made with supremely breathable GORE-TEX® Active 3L fabric and patterned for a trim fit (a lot of late nights went into getting that just right), this waterproof and highly visible pocket-packable cycling jacket features watertight zipper cuff vent closures and a watertight zippered side pocket (a great little quick access feature). A smooth running weatherproof front zipper handles closure duties, topped by a soft brushed collar and chin guard. 13mm seam tape runs throughout, while rear passthrough rear vents provide easy access to jersey pockets. A dropped reflective rear hem helps keep you dry, and visible.